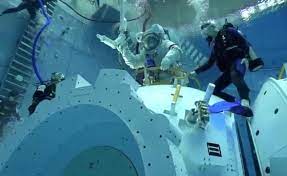 China has developed a remote-controlled underwater robot, which can dive to a depth of 6,000 meters, according to the Shenyang Institute of Automation, an affiliate of the Chinese Academy of Sciences — the robot's developer.

The Wenhai-1, developed for the Qingdao Institute of Marine Geology under the Chinese Geological Survey, is the country's first independent deep-sea unmanned probe, with functions such as large-scale independent detection flights and accurate remote-controlled sampling, the institute said on its website.

The Institute added that, during the sea and application testing, Wenhai-1 performed 17 diving missions, during which it achieved high-precision detection data near the seabed and column samples of surface sediment and sea floor organisms, while at the same time the exact measurement of the gravitational field and the Earth's magnetic field was achieved.

The Wenhai-1 was designed to serve research in deep-sea scientific research such as marine environment surveys, biodiversity surveys, geophysical surveys of the seabed for specific purposes, detection of the harsh deep-sea environment in situ and deep-sea mineral resource surveys.