Hussein Al-Jaghbeir writes: The Palestinian cause the file that will never be folded. 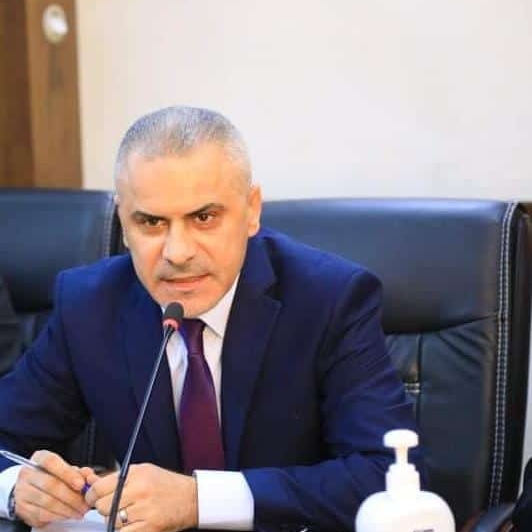 His Majesty the King continues to move forward in the search for all ways to revive the peace process that would end the state of conflict between the Palestinian Authority and Israel, which poses a great threat to the entire region, as Jordan warns of an explosion in the situation there as a result of closing the doors to a return to peace The negotiating table between the two sides, which is the responsibility of the occupying power for its rejection of any attempt towards this.

The King recently met with Israeli officials, most recently the Israeli President, in a great movement led by His Majesty to keep the Palestinian issue on the table, where the King stressed the need to stop all forms of Israeli measures that would cause a security explosion, especially since the month of Ramadan starts soon and as long as this month witnessed Clashes between the two sides as a result of the Israeli intransigence in granting Jerusalemites sufficient freedom to perform religious rites in Al-Aqsa Mosque.

The world is changing rapidly. Interests, priorities, agendas, the shape of bilateral relations between countries. Today’s relative, far away yesterday. Russia and Ukraine confused the scene, and preoccupied the world in a war whose end and repercussions have not yet been clarified, and in light of all this, King realizes that the Palestinian cause is the address of Jordan due to its danger to the security and stability of the entire region, but rather to the whole world, which today realized what the conflict means, and what wars are and their results, after being immersed in the Ukrainian war.

We know very well that Jordan will not be able to get everything it hopes for on the Palestinian cause, but it is also aware that it is possible to reach a specific formula that stops the deterioration of the situation and the preoccupation of the Arabs with issues of priority to them.

The UNRWA file is one of the most serious challenges facing the Kingdom, especially with the decline in Arab support for it, as Jordan is fighting a fierce battle in order to ensure the continuation of obtaining European support to fulfill the obligations arising from the work of this organization, without which the financial burdens will increase on Jordan, which already suffers from Difficult economic conditions and financial bumps that may be unprecedented after two years of the Corona pandemic, and the decline in Arab support for it.

The Palestinian cause will remain in the minds of the Jordanian administration a priority for us, for many reasons, the most prominent of which is that Amman the only country capable of conveying and defending the Palestinian voice, as the world has always been accustomed to hearing a viewpoint from His Majesty the King of a different nature, and a forward-looking vision, where they listen well to him and they believe what he thinks.

Proceeding from all this, Jordan seeks and will endeavor to keep the Palestinian cause on any dialogue table related to Arab and global affairs, especially that the occupying power is very keen to obliterate this issue with all its details and components.
You might like
Read More
تابعونا على الفيس بوك
تابعونا على تويتر
Tweets by Alanbat