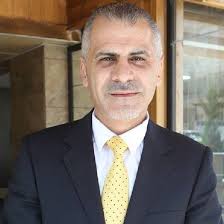 Many believed that what happened in Tunisia, following the president’s recent decisions, was a coup against democracy, and turned into a severe crisis that might affect the stability of the state, which has long been characterized by freedom and openness, especially after it witnessed the blockage of the political horizon that exacerbated the economic and social difficulties, in addition to COVID-19 pandemic mismanagement.

However, the observer of the details of what is happening there finds that Tunisia, under its leadership, responded to the demand of the public, especially after the political bickering that prevented the normal functioning of the constitutional institutions, especially the parliament, which has become rejected by the majority of Tunisians, which necessitated the freezing of its work in accordance with exceptional measures to protect this constitutional institution.

The Tunisian presidency did not resort to such steps until after the political situation getting things back in line. For example, the report of the Tunisian Audit Office proved that many parties received external foreign funding in the recent elections.

Tunisians see that the President of the Republic, who is the symbol of the unity of the Tunisian state and the guarantor of its independence, continuity, and respect for the Constitution, has responded to their will. And that a distinction must be made between the parliamentary institution elected by the people and the public will, which on many occasions demanded the dissolution of Parliament.

Many political forces in Tunisia considered presidential decisions contrary to the constitution, and that the Tunisian president has no right to take them, but in fact they were based on the constitution, especially Chapter 80 of it.

These forces also feared that these measures would be long-term, and would push the president’s unilateralism and turn to dictatorship, but according to what a Tunisian diplomatic source assured me, these exceptional measures are temporary measures that fall under the framework of a temporary organization of authority , according to the constitution until the end of the danger that threatens the Tunisian state and its institutions, in order to guarantee the stability of the country and well- functioning of state institutions, to protect and guarantee their continuity, and to protect the democratic process as a whole.

He indicated that Tunisia's firm commitment and the sovereignty of the President of the Republic to guarantee rights and freedoms and respect for the rule of law and the democratic process , which he emphasized in all his interventions.

In his justification for what is happening, he stressed the necessity and importance of imposing the law on everyone and ensuring the independence and efficacy of the judiciary at this delicate stage in Tunisia's history.

Tunisia, which is the source of the Arab Spring, in its positive image, was and still the image of democracy, and we hope that the political crisis will pass quietly for the benefit of the brotherly nation, which must maintain its stability, especially as the world is witnessing debilitating health and economic crises, and the Tunisian people. To be aware of the importance of security, and for political forces to give priority to the public interest over the private. Tunisia requires sane people to see what the public wants and need.

The Tunisian people must be aware of the importance of security, and the political forces must give priority to the public interest over the private.