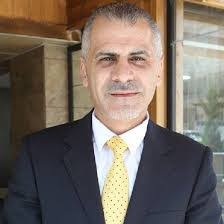 It is very important what the Crown Prince, His Highness Prince Al-Hussein Bin Abdullah, is doing in the inspection tours of several places in the Kingdom and meeting people. And this is the eternal policy that his grandfather King Hussein, may his soul rest in peace, and after him His Majesty King Abdullah ll, that the leader be among his soldiers and his people; listening to them and they listen to him, solicit their concerns and open the doors of discussion and the delivery of the voice.

On the other hand, they know him, he get close to them, approaches them, they stand on the details of his presence, his culture, his leadership, away from the protocols of formal meetings and away from the screen that does not show details in all its forms.

To build the picture of the prince between his people is something really important, and this is the only way through which the bonds between the leaders and the people are increased. And this feature has distinguished Jordan since its founding, where it is not possible to feel the distance between the both sides of the country’s equation.

We have entrusted his Majesty got out of his convoy to inspect a citizen, a security man, or to give help in a scene where no film is made or directed, so that marked a milestone in the minds and hearts of the citizens who believe that he is closer to them more than any official in this country.

The King has urged them, and continues to do, to take to the field, to check people's conditions and to learn about their needs and demands for service and knowledge.

The young prince plays the same role because he is part of the Hashemite family's structure, where the field, which is considered a true witness to the living, social and economic situation of people, what they want, what they dream, and those who suffer, those are questions that should be answered by successive governments. We are entering the second percentage of the Jordanian state's life.

Crown Prince meeting is very important, and it is amessage that must keep going, as he is a young man who is a major in promoting and empowering young people for a better future for them and for the country, it is an incentive for them to work hard if they want to prove themselves and achieve their goals.

When a leader is a part of the people, the composition of the state is idealistic and coherent, which has contributed to Jordan’s resilience to the domestic, regional, and international political and economic challenges that it has experienced for many years, and it has also contributed to a calm and stable environment in the middle of waves that devastate those around it.

The Crown Prince visits confirms that this approach isthe basis of Jordan, and without it the gap will expandfrom its various layers, so it must be viewed in its future form which is most secure and stable, in a second based on what has been accomplished and it goes towards further construction and development.