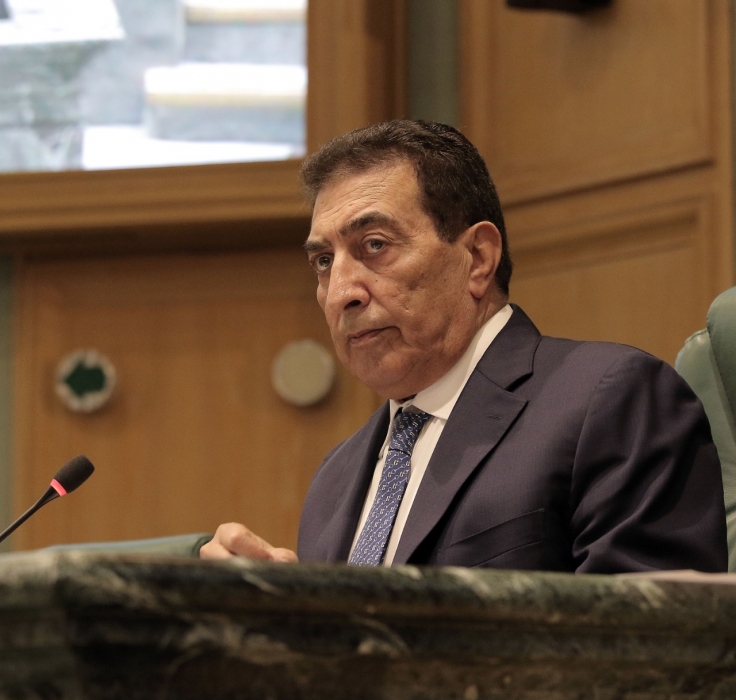 Lower House Speaker and President of the Arab Inter-Parliamentary Union (APU), Atef Tarawneh, called on his Arab counterparts to take positions rejecting the plans of the Israeli government to annex swathes of the Jordan Valley, the West Bank and Golan.

In a House media statement issued on Wednesday, he confirmed Jordan's unwavering stance towards the Palestinian cause, adding Jordanians firmly stand in support of His Majesty King Abdullah II, in rejection to any solutions that would undermine the "historic" rights of the Palestinian people on their land, especially the right to establish an independent state.

Discussing future pan-Arab steps, Tarawneh said the Arab parliaments are requested to pressure their governments and to communicate with the "active, and effective" players on the international decision capitals to thwart the Israeli plan that undermines all peace agreements and puts the whole region to tension and chaos, according to another statement issued by the APU on Wednesday.

The Palestinian cause, he said, is "undergoing its most dangerous stages," with the growing threats and plans, as the Israeli government seeks to impose a fait accompli, based on the support and bias of the American administration.

In light of the Arab division over many files, Palestine was and will remain our central issue, and should become at forefront of the agenda of the Arab decision at all levels, as it is the true key to peace, security and stability of the entire region, according to the APU statement.