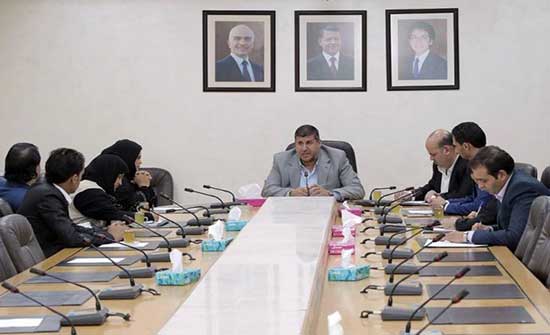 Al-Anbat - The House Palestine Committee affirmed its "unwavering" support to His Majesty King Abdullah II's stances, in rejection of the Israeli measures related to annexing the Jordan Valley and swathes of the West Bank.
During a meeting, which convened at the request of the House Palestine Committee on Sunday, headed by MP Yahia Saud, and in the presence of the parliamentary blocs' chiefs, Saud said Jordan's diplomacy has contributed to countering Israel's policies and the Netanyahu government.

Highlighting its repercussions, Saud said Israel's annexation announcement "affects Jordanian sovereignty and the rights of the Palestinian people" as the Kingdom's stances, under the King's leadership, are "fixed and unchanged."
In turn, the parliamentary blocs' leaders praised the King's positions in rejection of Israeli decisions and policies that "harm" the Palestinian cause and "affect Jordan's higher interests."
They continued to say: "The attempt to harm Jordan's security and its principles, the Palestinian cause at the forefront, is unacceptable," adding Jordan has "several options" to counter the Israeli government's policies.
/
You might like
Read More
تابعونا على الفيس بوك
تابعونا على تويتر
Tweets by Alanbat