Irbid exports up by 25% in February 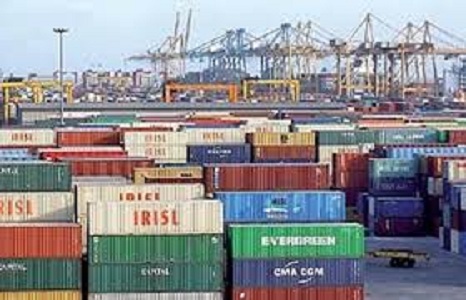 Al-Anbat - Irbid governorate's exports to foreign markets in February increased by 25 percent compared to the same period last year, with a value of $95 million, according to the Irbid Chamber of Industry (ICI).

In its monthly report, the ICI's figures revealed that 1478 certificates of origin were issued during February, compared to 1410 for the same period last year.

"Al-Hassan Industrial Estate ranked first in total exports, with a value of $84 million, while CyberCity Industrial Estate hit $9.2 million. Exports from Irbid regions amounted to $1.8 million," the report added, noting that the textile and leather industries drove the increase with a value of $85 million, which is around 90% of the total exports.

"The US market was the biggest importer, with 77% of the total exports, while the Arab market accounted for 8%," ICI President, Hani Abu Hassan, pointed out.
You might like
Read More
تابعونا على الفيس بوك
تابعونا على تويتر
Tweets by Alanbat