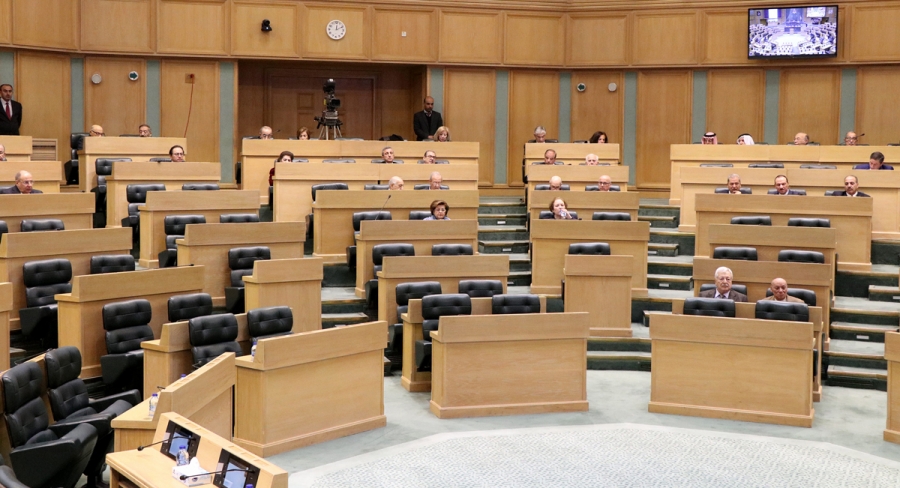 Al-Anbat - The Senate on Monday endorsed the Lower House of Parliament's decision on the public-private sectors partnership law.

The House had approved the Senate's amendments to the bill.

The Senate also discussed an inquiry from Senator Ghazi Tayeb about government bonds, and the purchase of shares in Bank Al Etihad.

In his response, Finance Minister, Mohammad Al-Ississ said the balance of investments of the Social Security Investment Fund (SSIF) in government bonds amounted to JD5.7 billion until the end of 2019, indicating that the average interest rates that are determined through the market amounted to 5.35 percent on 7-year bonds, 6.32 percent on 10-year bonds, and 7.41 percent on 15-year bonds.

For her part, SSIF CEO Kholoud Saqqaf said the bond portfolio revenues amounted to JD230 million for the first nine months of 2019, at 54 percent of the SSIF total revenue, assets of which amounted to JD10.9 billion until the end of September 2019.

She added that, last year, the government released 64 auctions to issue treasury bonds, 36 issue of which the SSIF has subscribed to.

She noted the purchase of shares in Bank Al Etihad was based on an analytical study that showed a meaningful investment opportunity, because the fair value of the share exceeds the purchase price, as the value of the evaluation of the deal at the end of last month amounted to JD750,000.

Last year, the SSIF purchased 5 million shares from Bank Al Etihad, for the benefit of the Social Security Corporation, owning 8.42 percent of in the bank’s capital, and shares were bought at JD1.5 per share, at a value of JD7.5 million.
You might like
Read More
تابعونا على الفيس بوك
تابعونا على تويتر
Tweets by Alanbat