Rick Moranis to return for Honey, I Shrunk The Kids reboot 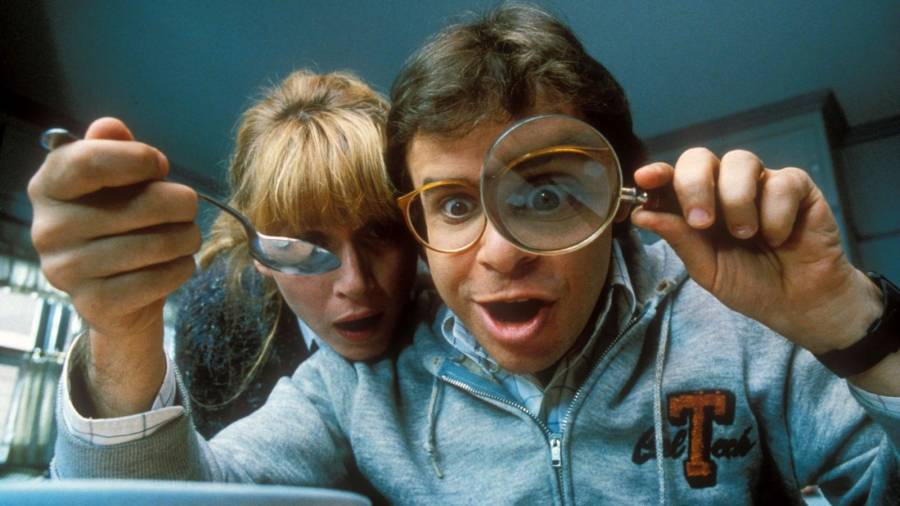 Yes, the rumours are true - Rick Moranis is due to make his big-screen return in a Honey I Shrunk The Kids reboot.

The actor revealed his comeback with a gif from the hit 1989 film, simply announcing on Twitter: "Honey, I'm back."

Moranis, 66, was a huge star in the late '80s and early '90s thanks to his portrayal of eccentric inventor Wayne Szalinski, the father who accidentally shrinks his son and daughter - plus his neighbours' children - with a ray gun, as well as roles in Ghostbusters, Parenthood and Little Shop Of Horrors.

However, he gradually stepped away from the limelight to raise his children following the death of his wife.

Josh Gad, who is set to play Rick's son in the reboot, titled Shrunk, also tweeted to confirm the news: "To say it is a dream come true to once again see #RickMoranis on the big screen is the understatement of the decade.

"But to say, I get an up seat view of him returning to play one of his most iconic roles is the understatement of the Century. Welcome back hero!"

According to Variety, Gad was instrumental in ensuring Moranis's return.

Frozen star Gad also tweeted: "Welcome back my friend. We all missed you more than you can know."

Honey, I Shrunk The Kids was a surprise box office smash in 1989, becoming the highest-grossing Disney film at the time.

It spawned the sequels Honey, I Blew Up The Kid and Honey, We Shrunk Ourselves.

According to US entertainment site Deadline, Shrunk will centre around Gad's character, who is aspiring to be a scientist like his father - but of course, accidentally shrinks the kids.

Moranis's return was met with delight on social media, with Gad tweeting a post to show the star's name trending on the site in the US.

The actor has reportedly turned down repeated offers for film work, including the Ghostbusters remake.

However, Shrunk is the project to do it.