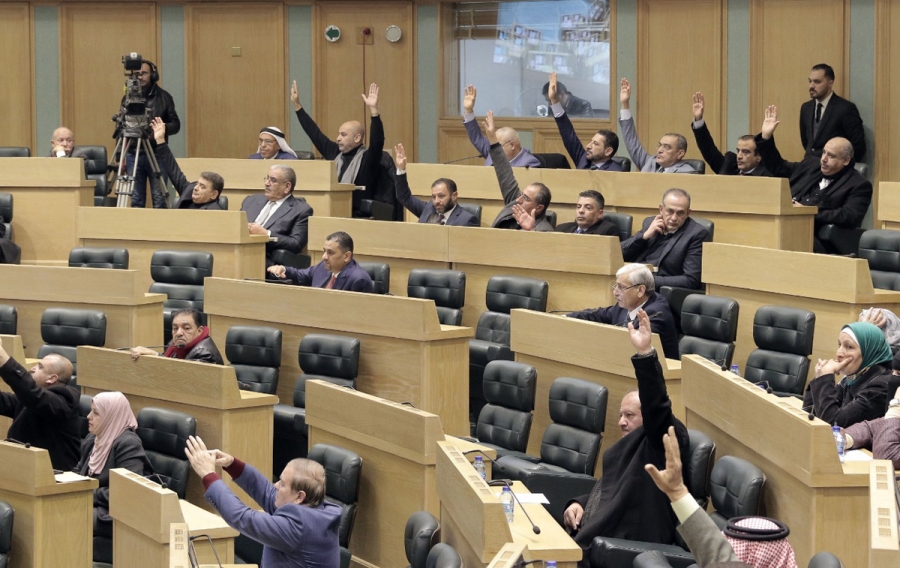 Al-Anbat - A majority of Lower House's MPs voted in favor of a proposal to draft a law to prevent the import of Israeli gas, submitted by the Legal Committee.

"There is a peace treaty between Jordan and Israel, and the terms used when approving legislations shall be in line with the constitutional texts," he added.

For his part, Head of the Legal Committee, MP Abdul Monem Odat, said this, if drafted, will be first draft to be proposed by the current parliament, and comes on the basis of a parliamentary memo presented to House Speaker and referred to the Legal Committee, demanding a law be written scrapping the gas deal with Israel.

"According to the Legal Committee's decision, it is not permissible for the government and its ministries, companies and institutions to import gas from Israel," he added, noting that the proposed text was referred to the government to put it in the form of a draft law in line with the provisions of the constitution, in order to be resubmitted to the Lower House for approval.
You might like
Read More
تابعونا على الفيس بوك
تابعونا على تويتر
Tweets by Alanbat