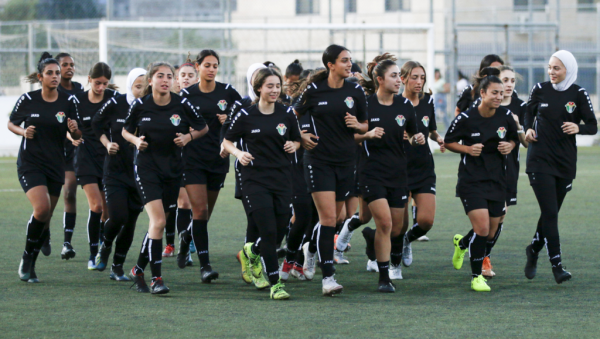 The national women's football team for young women under the age of 20 announced its preliminary list in preparation for participation in the West Asian Women's Championship 2022, which will be held in Lebanon from 17 to 26 October.

Coach Khaled Nimer said in a press release that the current period will see friendly matches held with professional clubs and grades, to stand at the technical level for all women players, before the official list of participants in the West Asian Championship is announced.

The draw for the tournament will be drawn at 1 pm on Thursday, the 29th of this month, where the team will participate in the competitions alongside the teams of Lebanon, Syria and Iraq.