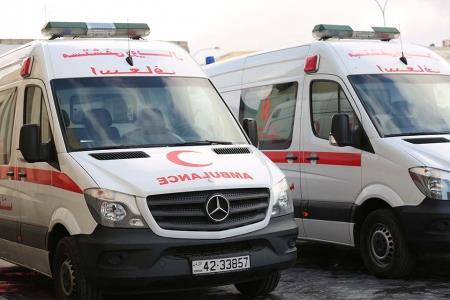 Four people were injured in a traffic accident that involved two vehicles in Mansheyat Bani Hasan in Mafraq Governorate, 80km northeast of Amman, according to Civil Defense Department (CDD).

CDD crews rushed to the scene, administered first aid to the injured and transferred them to Mafraq Hospital where they were reported to be in moderate condition.