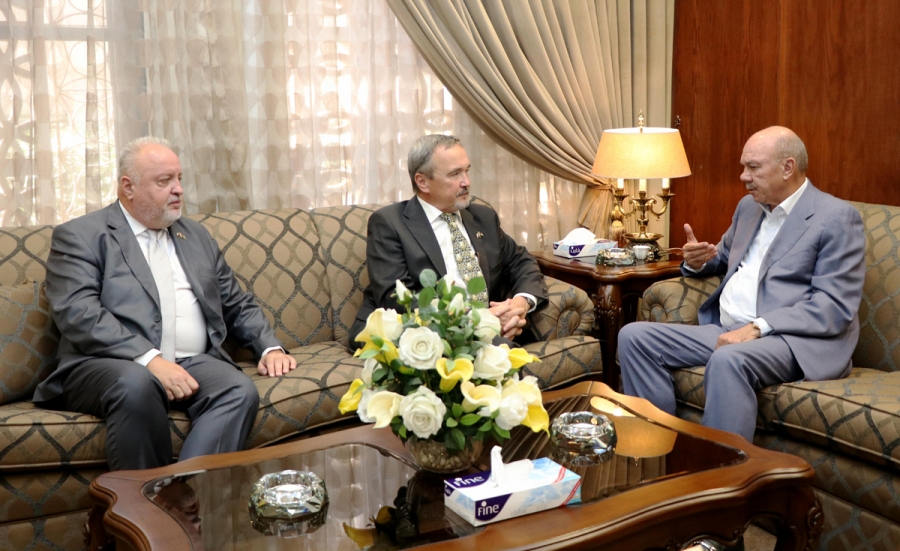 الأنباط - Senate President Faisal Fayez discussed on Thursday with Vice-Chairman of the Foreign Affairs Committee of the Czech Parliament, Jiri Kobza, the bilateral relations between the two countries and means of boosting them in various fields.

During the meeting, Fayez lauded the high level of Jordanian-Czech relations in many fields, especially in the political and economic domains.

For his part, Kobza commended the high level of the bilateral relations, expressing his country's keenness to strengthen them.

"There are many areas of joint cooperation, especially in the field of water desalination and tourism, and valued Jordan's role under the leadership of His Majesty King Abdullah II to achieve peace and security in the region," the Czech official said.
تابعو الأنباط على